In this session we discussed good and bad examples of charity campaigns. Here are some below.

Popular makeup vlogger Lauren Luke gives a demo on how to cover up a bruise, with a vid on her Youtube channel. Many people didn’t know it was an ad.

Charity develops commercial arm to sell moving boxes, to raise funds, and shift focus on homeless and boxes to positive.

People surrendered their Twitter feed and weren’t able to control what was in it, to build empathy for tourette’s. 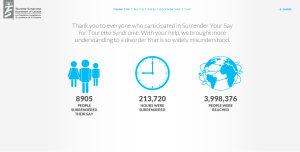 Give Amnesty permission to analyse your timeline and see what laws you’re guilty of.

UNICEF highlights that like’s don’t save lives – donations do.

A social media visual mechanic for the Coffee Morning promotion. 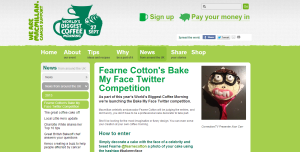